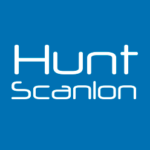 Hunt Scanlon Media has developed the most comprehensive online resource to help you find and select the executive search firm that best suits your talent acquisition needs. Each search firm profile gives corporate CHROs and Talent Acquisition Professionals the most effective window-in to each firm’s specialties, from the talent management solutions they provide to the industries and functional disciplines each firm serves.

April 11, 2017 – Egon Zehnder has assisted BAMTech, the $3.5 billion live digital streaming service, in naming Michael Paull as its new chief executive officer. The company is a recent spin-off of MLB Advanced Media in which Disney acquired a $1 billion stake to launch ESPN’s multi-sport subscription streaming service. He replaces Bob Bowman, MLB’s president of business and media, who founded MLBAM in 2000.

Mr. Paull, a 20-year media and content business expert, was recruited from Amazon, where he served as VP of digital video since 2012. During his tenure, he has overseen the company’s global Amazon Channels business globally and been responsible for its global content, product, technology, operations and marketing. Before joining the e-retailer in 2012, he was an executive at Sony Pictures Entertainment, Sony Music Entertainment, Fox Entertainment Group and Time Warner.

As CEO of BAMTech, whose streaming technology is employed by the National Hockey League, Major League Baseball and the PGA Tour among other properties, Mr. Paull will be tasked with overseeing the company’s transition to an independent business, as well as helping BAMTech client ESPN launch an over-the-top subscription service later this year and spearheading the growth of BAMTech Europe, a new joint venture with Eurosport owner Discovery Communications.